Cooperation Denton's 2022 Spring Cohort is starting on February 26th. Join us and help build a new world in the shell of the old!

Take a look around you, and it's easy to see that things aren't going too well for us under capitalism. The fantasies of endless abundance and deterministic progress toward ever greater social equity are collapsing all around us. Every day, more people are realizing, "No matter what I do, no matter who I vote for or what causes I get behind, this system simply does not work." What little prosperity we can find is falling apart at the seams, owing to the fact that those seams were actually patterns of continued global extraction and hyper-exploitation. We've been tearing apart the world to build up one small piece of it, and now even that piece is breaking down.

Okay, so that's sobering, but what do we all do about it? We seem to be flush with analyses, but short on solutions. The solutions we do have seem to fall into one of two categories:

Critics of the first approach will argue that it is insufficient. Critics of the second will argue that it has a high potential for collateral damage and a low potential for achieving its goals. The communalist praxis for which Cooperation Denton advocates is a synthesis of these acknowledgments. By prefiguring the kind of society we want within the sphere of our influence, we can expand that sphere through the voluntary conversion of the larger community. By decentralizing our efforts - supporting mass education and autonomous initiatives like neighborhood pods, worker-owned cooperatives, and time banks - we are building a power in our community which cannot be commodified or co-opted. For every commodified or bureaucratized service, there will be a popular, self-organizing parallel. And when confrontation arises between this ecosystem of popular power and any of the old institutions, there will be far greater chance of a successful outcome and a reduction in collateral damage. 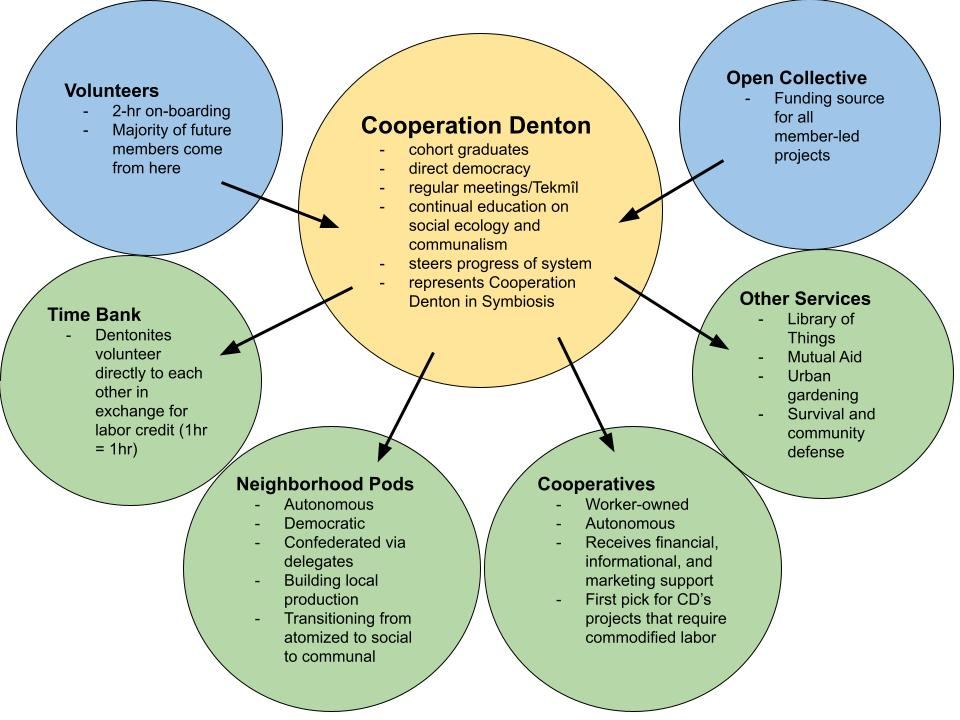 So where do Cooperation Denton members come in? We are the sowers of seeds. We run the workshops. We solicit the funding for new initiatives. We mobilize crisis response teams. We build the new world right here and now in the shell of the old. With this important role, there are commitments. Members must study things both practical and theoretical. We are no mere do-gooders. If we simply help in ways that dissolve when we turn our attention to new problems, we do not call that a success. We are here to build and fight. 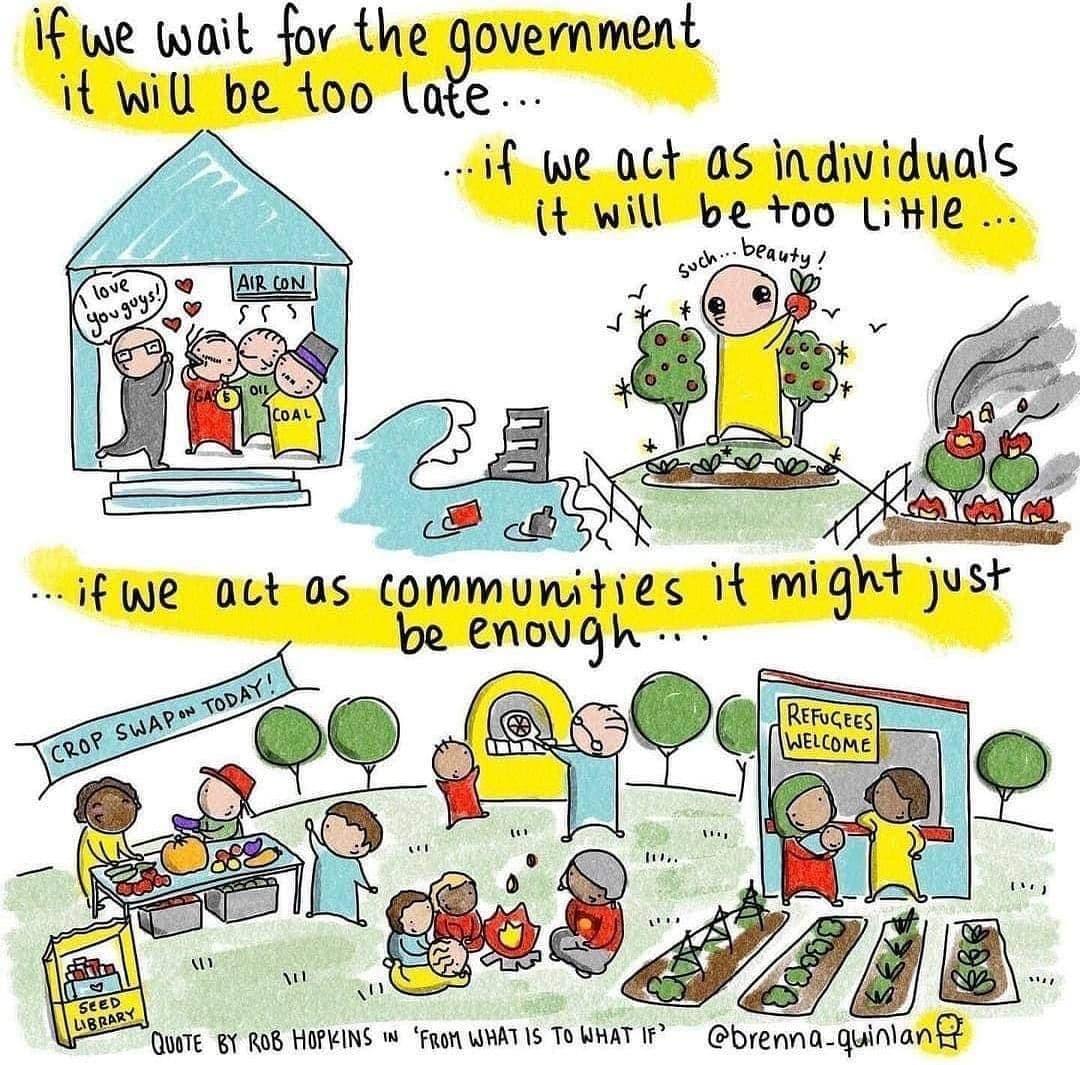 So join us. Fill out the form below, and let's get started. On Saturday March 5, we will begin the 2022 cohort with an orientation and group tree planting. Practice covid precautions to your comfort level, and respect the space and practices of other members. Let's do this, friends. We have a world to win.